A few words from our CEO 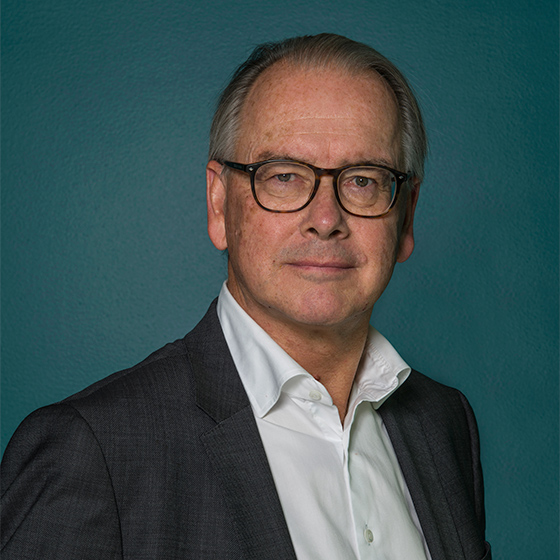 The result of your so-called scoping study, which you communicated at the beginning of the summer, showed that the ore which can be mined in the Dannemora mine may be enriched to an iron content of 68%? What does this mean for the business?

It is an amazing success that we have an iron concentration in the product as high as 68%. It’s better than we had dared hope for, and a level that is absolutely world-class – in the top 4% of all production in the world.

It is the first sub-study to assess the feasibility of a project, and therefore the most important study for Dannemora. The result is extremely important, as it shows that we have a mine and a process that can likely provide a profitable business. Seen from a stock market perspective, this means that the risk in our Dannemora operations – and as such in the share – has decreased significantly.

Technically speaking, a scoping study is the first phase in mining development, and shows whether it is technically and financially appropriate to proceed with a project. The study concluded that Dannemora can:

Iron contents above 67% will be in demand now that large numbers of steel producers are gradually converting to green steel production. Those who can deliver such highly enriched ore in the future will be very well paid for their product, compared to more traditional quality ore.

Therefore, Dannemora can become an important supplier of iron ore concentrate as part of the transformation of the European steel industry.

Demand will consequently exceed the supply of highly enriched iron ore for a long time. At present, only 4% of the iron ore produced in the world is above the magical limit of 67%.

It is exactly this which makes it very likely that it will be profitable to restart the mining of iron ore in Dannemora. There is much to suggest that Dannemora can thereby play a small, but important, role in the green transformation of the European steel industry, as the first carbon dioxide-free iron ore producer in Europe.

What is green sponge iron?

Sponge iron is so-called direct reduced iron produced in direct reduction plants, with carbon as a reducing agent and forming carbon dioxide, which is a proven process. Green sponge iron is produced with the same process but with hydrogen as a reducing agent, which then forms water vapour, and as such results in pig iron with very low CO2 emissions. This is something that was previously very difficult to solve, and to this day makes steel production a significant environmental burden.

Steel production today accounts for around 8% of the total carbon dioxide emissions in the world, and green sponge iron production is probably the most economical way to reduce them significantly. To produce sponge iron, iron ore of the highest quality is needed as an input product – so-called ”super high grade”, which means a content of over 67%.

Does this mean that GRANGEX is part of the green industrial revolution?

That is exactly what we are in a very good position of becoming! In the pre-feasibility study, which has now begun for Dannemora, we will aim to reduce the carbon footprint of the entire production as much as technically possible, and in all other respects minimise the environmental burden.

Another example is that we aim to purify the water from the mine so that the water we discharge will maintain drinking water quality. In addition, we will have a closed production process in order to reduce noise and dust.

The mining industry has traditionally been seen as a dirty industry. We want to show that it should be possible to conduct mining activities with a limited impact on the surrounding environment, and a minimal impact on the climate. In this way, we have the ambition to be a pioneer on several levels, and not just to be a world-class producer of iron ore.

That sounds promising. Can you briefly describe what remains to be done before mining in Dannemora can be resumed, and what the timeline looks like?

It is possible for us to achieve a relatively fast process as we have excavated in the mine before, which means that a large portion of the extensive documentation required is already in place.

What is happening in the Apatite project?

The scoping study in the apatite project is ongoing in Grängesberg, the results of which we expect to be able to present in a few weeks’ time. We have high hopes here of receiving a positive response, which shows that we have good prerequisites to conduct a very profitable extraction of several different saleable minerals, including phosphorus mineral apatite, which contains rare earth elements: Something that is in great demand – not least to achieve a sustainable transition.

Here, too, we will be able to sell everything we extract. The large demand means that we believe we will be very well paid for what is extracted.

Production will also be adapted in Grängesberg in order to impact the environment as little as possible, as well as to minimise impact on the climate by investing in fossil-free production.

What is happening in Sala Bly?

During the summer, Sala Bly has begun its green transition, so that production is adapted as soon as possible with the goal of becoming the first fossil-free producer of lead products in Europe. This is especially important for public procurement. Sala’s operations are already circular, and since all lead is used in the production of lead products, lead is recycled from surrendered lead batteries that Boliden, among others, delivers. Sala Bly is consequently part of the ongoing transition to a circular and sustainable society.

It is already a profitable, albeit small, operation.